Here, Professor Marta Cohen and Dr Eleanor McTaggart provide an overview of learning from the SIDS and SUDC: past, present and future conference.

Throughout the pandemic, the use of video meetings has proven to be a versatile tool in our attempts to stay connected – not least in November when experts from around the world shared their knowledge on sudden infant death. This collaboration of minds was beamed into a global audience of consultants’ and trainees’ offices.

With only a glimpse at the list of speakers assembled, it was immediately clear that the theme of the event was ‘teamwork’. Speakers from multiple disciplines gave presentations on sudden infant death (SIDS), sudden unexpected death in infants (SUDI) and sudden unexplained death in childhood (SUDC) cases. The presentations covered a timeline starting with the death of a child and ending with innovative research findings. Divergent themes branched from the timeline as the participants discussed aspects of coronial law, social care provision and auditing.

Risk factors and causes of SIDS

Professor Peter Fleming started the conference with a presentation looking into the past, present and future. His talk referred to evolving thoughts on risk factors and discussed the recently published 2021 NICE guidance.1 The familiar risk factors weren’t just listed – they were put into the context of everyday life. Co-sleeping has long been criticised, but simply identifying this as a risk factor wasn’t preventing its occurrence. It has since been acknowledged that it is a common practice around the world, deeply engrained in culture and often directed by socioeconomic status. The new NICE guidelines have now taken a more psychosocial approach and the focus has changed to attempt to make inevitable co-sleeping safer.

Professor Peter Blair then took us on a journey through time with a fascinating presentation on the epidemiology of SIDS, showing historic articles and snapshots from vintage editions of the British Medical Journal. In the early days of research into SIDS/SUDC, the search for risk factors was akin to throwing out a large net and seeing what was caught, with coffee intake, toxic bedding and diesel fumes all being cited. More recently, the risk factors have been narrowed down and corroborated with analytic data, leading to evidence-based recommendations and decreasing numbers of infant deaths.

The risk factors were further discussed by Dr Anna Pease, who reiterated the most recent NICE guidance related to making bed-sharing safer. Her recommendation was to avoid just giving parents didactic lists of risk factors. Instead, Dr Pease emphasised that we should consider families with infants in a more holistic way. She mentioned that it was important to ask how sleep deprived a family was, what level of social deprivation they may be experiencing and whether families had a strategy for safely managing changes to sleep routines. Opening the ‘safer sleep’ discussion out to wider family and friends was also an important factor, and a new online tool, the ‘Baby Sleep Heroes’, has been established to facilitate this in an engaging way.

More recently, the risk factors have been narrowed down and corroborated with analytic data, leading to evidence-based recommendations and decreasing numbers of infant deaths.

The coroner’s role in infant death

The next speaker, Mr Ian Arrow, gave a coronial perspective on an unexpected child death. Here, we saw how coronial law shapes the way that we report and document our findings. I was particularly fascinated by how the role of a coroner was formally established in 1194, as a form of tax gatherer. In the centuries since, the role has evolved into the independent judicial officer that we now recognise, charged with the investigation of sudden, violent or unnatural death.

Professor Marta Cohen then discussed natural causes of SUDI that rule out SIDS. The data relating to confirmed sites of infection was especially interesting, emphasising the need for good quality microbiology sample taking.

Dr Tamas Marton presented on the Kennedy Guidelines and Royal College of Pathologists guidelines used in the post-mortem investigation of SIDS and SUDC. The revised College guide-lines2 were introduced to the audience, which Dr Marton reviewed together with Dr Beata Hargitai and Professor Marta Cohen.

Role of breathing in SIDS

The next presentation came from Seattle, where Professor Jan Marino Ramirez reported on his research findings into the physiological mechanisms of SIDS. He discussed how breathing follows a multiphase rhythm that can take some time to settle in after birth. This rhythm is closely coupled to changes in heart rate, with a low heart rate being a predictor of early mortality in animal models. The stimulus for breathing was also discussed; hypoxic and hypercapnic stressors normally lead to arousal and sighing. Sighing leads to gasping and gasping leads to an increase in heart rate.

This elegantly fed into Professor Ramirez’s differentiation between stillbirth, sudden unexpected early neonatal death (SUEND) and sudden unexpected infant death (SUID). It was proposed that the likely cause of stillbirth is increased dependency on the placenta, which is vulnerable to infection. SUEND is likely to be caused by a failure to transition to air breathing and to establish independent circulatory control. SUID is likely to be caused by a failure to be aroused by the normal hypoxic/hypercapnic stressors. This lack of sigh response might also leave post-mortem histological evidence, in the form of medullary gliosis and atelectasis, features that I will certainly look out for in the future.

Sampling the causes of sudden deaths

Onwards to Canada, where Dr Michael Pollanen gave an insightful presentation into the features of traumatic deaths compared with SUDI. Key was the ‘triad’ of head injuries – encephalopathy, subdural haemorrhages (SDH) and retinal haemorrhages. These can be features of both natural causes of death and traumatic causes. Judgement calls rest on experience and familiarity with a multitude of medical causes. SDH was the particular focus of this talk and the discussion centred around its various medical causes – including coagulopathies, connective tissue disorders, vascular anomalies, malignancies, vitamin deficiencies and syndromes. The list was extensive and illustrated the difficulties faced when presented with an apparently traumatic death.

A wide range of samples can be taken that can be used to investigate many metabolic causes of SUDI. Timings and conditions can be crucial...

In the next presentation, Dr Simon Olpin talked about the importance of good quality post-mortem sampling. A wide range of samples can be taken that can be used to investigate many metabolic causes of SUDI. Timings and conditions can be crucial – skin sampling for fibroblasts has a five-day window and an aversion to being frozen. Phenomenally, even a small sliver of skin can yield enough cultured fibroblasts to express most metabolic pathways!

Involving the family in a SIDS investigation

Changing the focus from the child to their bereaved families, Dr Joanna Garstang shared her experience of home visits and multiagency meetings. She explained how, after the unexpected death of a child, home visits can not only support families, but also be used to gather information that may be missing. To optimise this, the information gathering stage must be comprehensive, collaborative and prompt, with discussion between the police, the hospital and social care ideally occurring within a few hours after death. Dr Garstang then demonstrated how scene reconstruction photography could be used to add context, illustrating how a picture can say a thousand words.

The reality is that, in cases of cardiac channelopathies, often no morphological abnormalities are identifiable at autopsy. In these situations, the molecular autopsy is valuable...

On the theme of supporting remaining family members, Professor Elijah Behr discussed the most common cardiac causes of sudden death, many of which have genetic risk factors. The reality is that, in cases of cardiac channelopathies, often no morphological abnormalities are identifiable at autopsy. In these situations, the molecular autopsy is valuable and can be complemented by cardiological and genetic evaluation of first- or second-degree relatives. The added benefit of this approach is that it allows for the identification of living family members who may also harbour a pathogenic substrate, leaving them vulnerable to their own cardiac events, including sudden death.

...the multiplicity of speakers at this conference left us all with the understanding that, in the midst of a family’s tragedy, it is vital that the care we offer at that time is up to date, carefully considered and centred on the family.

Ciaran Hutchinson and Dr Susan Shelmerdine of Great Ormond Street Hospital then presented the pros and cons of non-invasive post-mortem investigation in SUDI. By now, the modality of MRI is commonplace in hospital post mortems. However, it was very interesting to consider whether the findings were accurate and sensitive enough to be useful in SUDI cases. The conclusion was that skeletal surveys, the workhorse of post-mortem imaging, should always be requested. Additionally, post-mortem MRI and CT scans do have their specific benefits, such as picking up very subtle fractures. However, the caveat of using these imaging modalities is that they cannot be relied on in isolation and, in particular, chest and cardiac results can be problematic.

To end the conference, Professor Fleming talked about the National SUDIC Registry. Following the theme of ‘teamwork’, we learned how the information of all children in England, born at 22 weeks or later, who die before their 18th birthday is collated by The National Child Mortality Database. This information is then available to study in the hope that patterns will emerge, causes will be identified and future preventative measures can be formulated to better protect our children.In conclusion, it goes without saying that the sudden, unexpected death of a child is a catastrophic event. However, the multiplicity of speakers at this conference left us all with the understanding that, in the midst of a family’s tragedy, it is vital that the care we offer at that time is up to date, carefully considered and centred on the family. We would like to thank the Royal College of Pathologists for holding this event and all the esteemed speakers at this conference for providing such a rich learning experience. 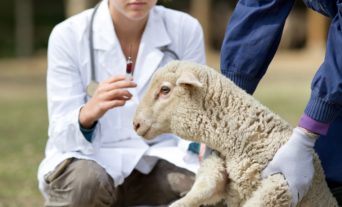 The journey to a greener pathology laboratory 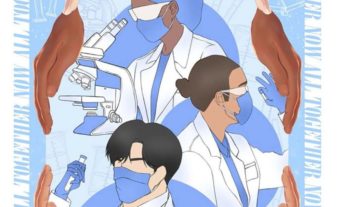 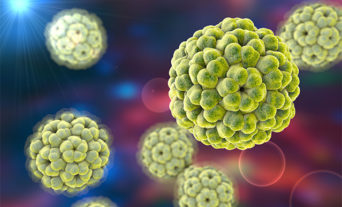 Read articles exploring the theme ‘Celebrating our specialties', and download the full issue as a PDF. 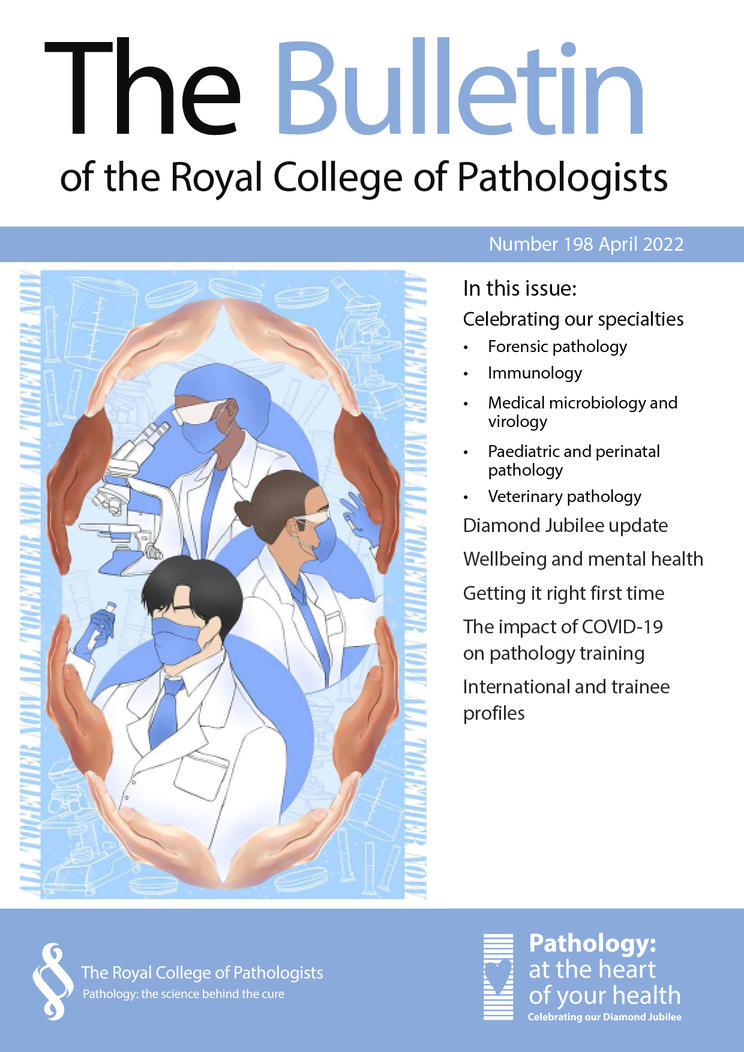