Blog – Deceased organ donation – a thank you to toxicology

As the frequency and variety of drug taking increases, intensive care doctors have found welcomed support from toxicologists throughout the UK.

So how are people confirmed deceased? It wasn’t always doctors (and other health care professionals) who historically diagnosed death. Hippocratic tradition required that, as death approached or seemed to approach, doctors withdrew from patient care and gave way to the family and priests.1 It wasn’t until the 19th Century, when fear of premature burial swept Europe, that doctors were encouraged to take on this social duty so that death became a diagnosis, with established criteria, which were safe and timely.

There are three ways death is diagnosed and each use different criteria depending on the circumstance. The first is somatic criteria – clear external signs that the person is deceased. This is an area of forensic pathology. The acceptable criteria for the next two ways are laid out by the Academy of Medical Royal Colleges whose last Code of Practice was published in 2008.2 The most common way death is declared, in hospitals and the community, is by use of a stethoscope to establish permanent cessation of the cardio-respiratory system. The criteria require that the patient be observed for a minimum of five minutes. This time frame was actually established in 1846 by Eugène Bouchut and published in his Trâité des Signes de la Mort [Treatise on the signs of death].3 More recently the National Patient Safety Agency issued a signal alert in 2012 reminding doctors to wait the five minutes before declaring death.4

It is in the final way that doctors diagnose death, where toxicological advice might be sought. Until the mid-20th Century, life ending brain injury followed the same physiological pattern. The brain injury compressed the brain stem, which stopped the respiratory centres (capacity to breathe), resulting in hypoxia, which stopped the heart. Then in the 1950s intensive care arrived with its mechanical ventilation (maintaining oxygen to the heart and other organs) and for the first time in human history one’s brain could have permanently ceased to function while the rest of the body could continue. Doctors in intensive care had to establish criteria to diagnose deaths that were brain-based.5

It wasn’t until the 19th Century, when fear of premature burial swept Europe, that doctors were encouraged to take on this social duty so that death became a diagnosis, with established criteria, which were safe and timely.

The Academy’s Code of Practice clearly states that a mandatory requirement for diagnosing death using neurological criteria is that ‘there should be no evidence that this state is due to depressant drugs.’2 Excluding the effects of sedative drugs can be difficult. Some intensive care drugs used in the effort to try and save the life of the patient, such as thiopentone and midazolam, can accumulate and drug assays may be required. Toxicologists, accessed through the UK National Poisons Information Service (NPIS), have given advice on the pharmacology of these drugs and helped organise laboratory assays where required. The latter is particularly helpful as the majority of hospital laboratories no longer can carry out these assays and knowing who might be able to help can be a mystery for the hospital. Injected and intravenous drugs of abuse are also areas of concern for intensive care doctors trying to diagnose death, and the advice of the NPIS can be essential in allowing this important diagnosis to be made safely. As the frequency and variety of drug taking increases, intensive care doctors have found welcomed support from toxicologists throughout the UK. 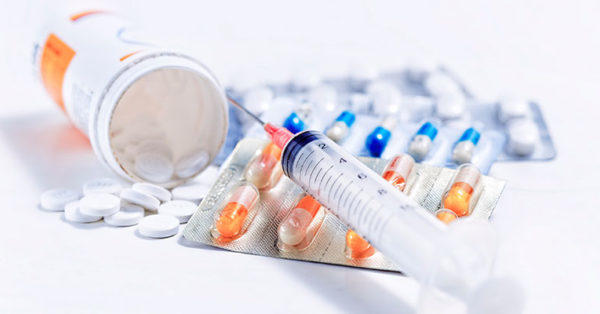 With a safe diagnosis of death, intensive care staff and specialist nurses for organ donation, will approach families and ask about organ donation. The hope is that through Max and Keira’s Law in England, which has introduced opt-out, and through similar legislation in Wales, and from Spring 2021 Scotland as well, more families will have the confidence to support deceased organ donation and save and transform more lives.

But confidence in deceased organ donation is built on trust. Trust in the safe diagnosis of death. Toxicology has an increasingly important role, especially in complex pharmacological cases, in helping keep the diagnosis safe which allows more organ donations to occur. Thank you, toxicology.

The Royal College of Pathologists is supporting Organ Donation Week 2020.

5. Honorary secretary. (1976) Diagnosis of brain death. Statement issued by the honorary secretary of the Conference of Medical Royal Colleges and their Faculties in the United Kingdom on 11 October 1976. British Medical Journal 6045:1187–8.

Want to work as a pathologist? From virology to veterinary pathology, find out more about each different discipline.

Read more blogs from the College