When a person has been poisoned – whether through legal and illegal substances or other harmful chemical agents –toxicologists are involved in both their diagnosis and treatment. Nigel Brown helps manage the toxicology lab for Northumbria Healthcare NHS Foundation Trust,and talks us through a day in his working life. 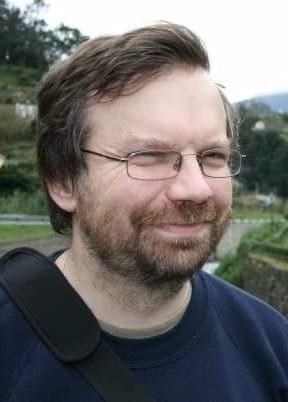 So what were your first steps into your career….?

Well, in 1982, my first ever job was in a hospital which happened to have a toxicology lab. That was in the days when you did everything with test tubes and colourful liquids! I was working as a biomedical scientist – a junior one – fresh out of university.

The lab was fascinating, and really got my interest going. The work was never routine, and there was an element of ‘what‘s in this sample then?’. You were always looking for unknowns – discovering, rather than confirming somebody else’s hunch or monitoring someone’s body chemistry.

It was much more manual then too. I could use the scientific skills I did in my biochemistry and physiology degree. I’d studied those subjects at school, so the transition – from school to degree to lab – was a bit easier.

And what about your current role?

Right now I’m a consultant clinical scientist, heading up the regional toxicology lab for the North East of England with four others. We’re at the northern edge of the Tyneside industrial area, any further north and there are more sheep than people!

Our lab mostly processes hospital samples and oversees drug screening, the more routine processing to confirm doctors’ hypothesise as to what a patient might have ingested.  We also do toxic alcohol monitoring, where we’re responsible for identifying cases where someone may have been drinking anti-freeze – it’s sadly quite a common occurrence in alcoholics, but it kills you quite fast, so there’s an urgency to those referrals. A lot of our drug screening is for those in recovery – so, checking samples and giving clinicians a bit of proof that the client isn’t lying about what they’ve taken or not taken.

Alongside this, we do some work for the local coroners, conducting post-mortem toxicology analysis in cases where someone is suspected to have died from drugs or alcohol poisoning. And occasionally we get drug samples brought in by the police – for example, if they’ve arrested someone and they think the drug they’ve picked up is stronger than usual. This is quite ad hoc though; to conduct more criminal work we’d need extra certification.

It sounds like your job touches on quite a few tough subjects!

It does occasionally, but you get used to it. I do go sometimes to child protection conferences, where you’re required to speak to families about how ‘mum’s taken x’ and therefore a child will have to be taken to care… that’s very hard. But it’s also important. The midwife or social worker needs our back up – they need a doctor or scientist to enforce their decision, to show their working. It helps drive the message.

Talk us through a typical working day…

The first thing I do is start reporting on post mortem results. Post mortem samples are loaded in the end of each day, and our machines – the mass spectrometers, which do a lot of the analysing – process them overnight, so they’re ready to turn around when we arrive. Reports go out to coroner’s offices, and also a copy goes to the pathologist who conducted the post mortem – they use our evidence to finalise the report.

Oh – tea! Tea is important. And it gives me a chance to chat with everyone in the lab and make sure everyone’s OK.

Once we’ve settled in, the phone starts going. Toxicologists like myself provide advice over the phone to drug recovery services, mental health trusts, GPs and consultants in hospitals. We advise them on the tests they should request, and also help them interpret the results of the tests that they have received back. Sometimes they might ask us about prescribing medication too – for example, if a drug is noted as causing drowsiness, and the patient is concerned about how it might affect them if they’re picked up for wobbly driving. These queries are strangely common!

I have broader duties as well. One day a week, I’m duty biochemist for the lab, and so oversee the routine authorising of biochemistry results. I’m also on call for the main lab one night a week and one weekend in four. This is to deal with urgent cases – like the aforementioned ingesting of anti-freeze, or meths, or other potentially lethal chemicals – and sometimes our biomedical scientists may call to run an unusual or complicated case past us.

Like a lot of consultant clinical scientists, I also spend quite a lot of time overseeing the management of the department and our pathology laboratory, including quality assurance. Once every three to four weeks I’ll pop over to the local teaching hospital for knowledge sharing. We present our findings, interesting cases, issues, around five to six times a year.

What’s the best bit of your job?

I just love being in the lab – method development especially. Let’s say a new drug appears that we need to screen for. We have to develop a method to measure it, and it’s a matter of how accurate we can make that test. It’s important to do a big literature search to see how other people have done it… and then, once you’ve produced a number from the test, to create a comparative scale or reference. If the test throws up a 2.4, what does that actually mean?

Once we create that test we get it signed off by UCAS and then it’s added to what’s called ‘our scope of accreditation’, essentially which tests we’re authorised to conduct. It’s great to see something you’ve created, automated and running beautifully on its own.

And finally, tell us your favourite bit of specialty-specific science!

I love a good mass spectrometer. We’ve just got a new one; it’s capable of looking for anything. We’re able to pick up a much, much wider range of drugs now, and it’s renewed my interest again in a lot of our routine work.

I’m also fascinated by working out what receptors in the brain different drugs go to and how that interaction affects the body. For example, serotonin in the brain affects the actions of other nerve cells, and there are receptors on the cells releasing it, so their activity has negative feedback. This produces an incredibly complex system capable of a wide range of subtle effects on behaviour, including eating and sleeping.

Studying science? As a consultant clinical scientist, you could be at the helm of new technological advances transforming the lives of patients.