Using increasingly sophisticated technology, those working in reproductive science can give hope to couples who are having trouble conceiving. We speak to Dr Sue Avery, director of the Birmingham Women's Fertility Centre, about managing emotions, working with patients and importance of timing when it comes to a healthy pregnancy. 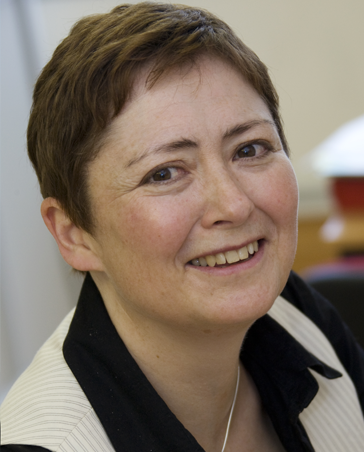 Take us through a typical day for you…

I get in at 7:30am, and – after sifting through my emails – head down to the clinic where our patients come in. It’s my job look at the lists for the day and help agree timings for appointment, prioritising anyone that might require more urgent investigation.

Timing is everything with reproduction – it’s something my colleagues in other specialties don’t always appreciate! A primary function of our clinic is to harvest the eggs from women who are undergoing in vitro fertilisation (IVF). But you can’t do all these collections on the same day; the timings depend completely on a woman’s individual hormones. Since we do a maximum of eight of these retrievals every day, the team work hard to organise so we don’t end up with 15 on one, and three on the other!

After this I tend to have a pile of unusual cases to attend to. Recently, I’ve had to assess a case of a couple who want their embryos tested for a specific disease they both have, with a view to undergoing IVF. Since the couple have quite a lot of medical problems, the decision as to whether we can go ahead with the treatment rests with me.

I’m also called in to consultations with patients. Sometimes I’m delivering some news over the phone, or meeting a patient alongside their gynaecologist or another member of medical staff. It’s one of the most enjoyable aspects of my job – that I get to see a case through from lab to consultation – and hopefully to a successful birth!

At some point I’ll go to the lab and speak with the lead embryologist about the embryos being transferred that day. Whilst most of the time we only transfer one embryo, we might decide to transfer two if a patient has had difficulty getting pregnant. Although this might sound like it’s increasing the likelihood of a healthy pregnancy, there’s a risk here that both embryos will develop, which actually reduces the chances of a baby surviving.

Before I head home, I’ll review the details of the patients we’ve scanned that day, and figure out how we’re going to approach their treatment. I also advise medical colleagues on the drugs they administer to aid fertility – occasionally people can produce too many or too few eggs, so we might decide to tweak their dose based on this. There’s also ongoing reporting of our activities to commissioning groups, training, speaking at conferences…. I get lots of opportunity for variety.

With patients, there are so many. I don’t so much feel proud, but rather privileged to be involved at this point in their lives.

One story stands out though. A while ago, I met a couple who had had four previous attempts with IVF – two miscarriages, and two with nothing. A new medium for culturing embryos had just become available, where you could leave the embryo to gestate outside of the womb for five days instead of three. The couple were very nervous about trying it; I had to do a lot of persuading, but I knew that their chances would be greatly increased. Eventually, they agreed, and they ended up having a healthy little boy. They still write to me to tell me how he’s doing; I really love that patients keep in me the loop!

Then there’s the achievements with colleagues. In my last job, I was working with a technician who was very promising in his work but really lacked confidence. I could see his potential and, knowing that he had the capacity in the future to move into management, encouraged him to take a Masters in embryology. He was reluctant at first, but gave it a go, and ended up coming 2nd in his class. When I left, he look over from me as director of the service – something he said he’d never do. I feel immensely proud to have been involved in his career in that way.

What skills do you think are key to your area of work?

The ability to manage your emotions. Of course it helps sometimes for people to be in touch with a person who can be matter of fact with them, but there’s no point trying to be a detached, unemotional person in this work – you’re dealing with the most fundamental aspects of human life. All the scientists in our centre are patient-facing, which is quite rare for pathology. So you have to be empathic and embrace the nature of the job whilst recognising that for some people, there will be difficult news.

And what challenges do you face?

Making a decision about whether someone will be treated – for example, because of the risk to them or their baby. You know the impact that’s going to have on their lives. How do you train somebody to do that? When you come from a scientific background there’s an illusion that doctors are trained to be as understanding and capable of having these conversations as they are, but no. You simply can’t teach it.

This is something I care deeply about in terms of my team. Many of the scientists I work with have to give bad news, and they need to feel supported. Without the team feeling supported, there’ll be no support for the patients – and that’s why we’re here, after all.

Finally – could you talk us through a fascinating bit of reproductive science?

Well…  people outside of science always think of reproduction in terms of the sperm fertilising the egg, but very few talk about what happens afterwards. Once the sperm gets in, the egg forces biochemical changes to ‘lock out’ other sperm, because too much genetic material is a bad thing! The enzymes the egg releases harden its outer membrane, and causes the proteins within in to lock together tightly to prevent entry. It’s these mechanisms that our biology has developed that really fascinate me.

Studying science? As a consultant clinical scientist, you could be at the helm of new technological advances transforming the lives of patients.