Thousands of cases of monkeypox have been identified outside the African continent. Unexpectedly, and contrary to previous isolated cases, the current spread occurs among individuals with no clear direct or indirect links with endemic countries. As it spreads, multiple questions are raised about this mysterious virus.

Monkeypox virus is a member of the Poxviridae, a large family of complex viruses able to infect invertebrates and vertebrates, including fish, reptiles, birds and mammals. This wide range of species is evidence of the remarkable ability of these viruses to adapt and infect new niches. Human monkeypox disease (now referred to as mpox, following World Health Organization advice) is caused by mpox virus, normally known to be confined to certain parts of Western and Central Africa. Two lineages of mpox virus are traditionally recognised: the West African clade, expanding from Sierra Leone to South Sudan, and the Central African clade, mostly concentrated in the Democratic Republic of the Congo.

Poxviruses have enormous genomes for a virus. The mpox virus genome contains 190,000 nucleotides, which makes it 6.5 times larger than that of SARS-CoV-2 and 14.5 times larger than the influenza virus. To accommodate such a large genome, the virus particle is, of course, much bigger too. The West African lineage has a case fatality rate of 1–3%, while this increases up to 10% for the Central African clade.1 Little is known about the genetic basis for this difference.2

The virus has spread beyond countries where it is endemic, indicating inadvertent transmission within our communities and resulting in its consideration as a public health emergency of international concern by the World Health Organization.

Like many other members of this family, such as smallpox, mpox virus causes skin lesions that initiate as a rash and mature into pustules that eventually dry up to form a scab. This is preceded, and/or followed, by systemic features including malaise, fever and lymphadenopathy, which distinguish mpox from its resemblance to smallpox. Symptoms appear after an incubation period of 10–12 days and last for three to four weeks, after which the individual recovers. Potentially fatal complications can, however, occur, particularly in vulnerable populations (e.g. immunocompromised people, pregnant women or children).

Traditionally, mpox lesions appeared more concentrated in the face, limbs and trunk of the body. However, this pattern has changed in the current 2022 global outbreak and lesions appear in the genitalia and perianal area, resulting in severe pain, abscesses and secondary bacterial infections.3 Although this can require hospitalisation, the case fatality rate is much lower than in endemic areas. Whether that is intrinsic to the virus or related to access to healthcare remains unclear.

Although we cannot be completely certain about the virus reservoir in the wild, direct and indirect detection of mpox virus has been documented in mice (Mastomys natalensis, Steatomys parvus), dormice (Graphiurus kelleni), rats (Cricetomys gambianus) and squirrels (Funisciurus spp., Heliosciurus spp., Xerus spp.), all of which are rodent species typically found in the African rainforest. Although the virus was originally described in captive imported monkeys and reports of infected monkeys exist, it is likely that they acquired the infection from hunting infected rodents. How the mpox virus persists in the wild remains an open question, but the notorious stability of the poxvirus particle in the environment certainly contributes to its continuing transmission. This is a factor to consider too in the ongoing outbreak, particularly for transmission within a household where common items (e.g. bedding, towels) might be shared.

Human mpox disease in Africa is believed to occur through hunting bush meat and handling infected animals. This should not be that surprising, since some of these species, like the Gambian giant pouched rat, can grow to the size of a rabbit and can provide a valuable source of protein in local communities. The virus can then enter the body through minor abrasions in the skin or via bodily fluids and respiratory droplets capable of carrying the large poxvirus particle.

This process is not very efficient, as droplets need to be of considerable size and hence do not travel far through the air. So, while the nose and mouth can be portals of entry, mpox virus is not typically airborne over large distances and successful transmission via the respiratory route still requires close direct contact among individuals. The virus has spread beyond countries where it is endemic, indicating inadvertent transmission within our communities and resulting in its consideration as a public health emergency of international concern by the World Health Organization.

The overwhelming majority of mpox cases in the current 2022 outbreak have occurred in the gay, bisexual or men who have sex with men community. This suggests that sexual relations may provide the direct intimate contact between individuals required for mpox transmission. With over 66,000 cases detected worldwide, one positive aspect is that there are very few cases outside these groups of risk. This suggests that the virus has not adapted to other demographics and/or transmission routes. An open question is whether the virus can infect rodent species in non-endemic areas, potentially establishing new animal reservoirs from which the virus could spill over zoonotically and epizootically.

It is, therefore, of utmost importance that proper investment is in place for research understanding the biology and epidemiology of these pathogens to inform the best treatments and public health measures.

Analysis of the genomic sequences of the current monkeypox virus outbreak has revealed the existence of about 50 genetic changes compared to cases from 2018.4 Twenty of these have the potential to confer new functions. This is certainly a small number relative to the size of the genome and no dominant variant seems to have appeared, which would clearly indicate the acquisition of advantageous properties. However, the number of changes is higher than what we would have predicted and it remains unclear whether all these changes could act cooperatively for the benefit of the virus.

Because of their proofreading capacity and low mutation rate, there is a misconception that poxviruses are rather idle and slow to adapt. In reality, these viruses have their own tricks to change and explore new niches. For instance, what if the number of copies of a particular gene could be expanded and contracted as a sort of accordion? What if entire new genes could be gained or dropped in response to the changing environment? Indeed, the large poxvirus genome provides the plasticity to afford these drastic changes that many other viruses would not tolerate.5

Currently, diagnosis of mpox is performed by polymerase chain reaction tests in reference centres. The absence of rapid diagnostics and the confounding symptoms (lesions could be ascribed to herpesviruses or bacterial infections) might have contributed to the inadvertent dissemination of the virus beyond endemic areas. Development of rapid serological and molecular tests that can be used at the point of diagnosis is essential, with the latter being able to identify specific strains and lineages.

Approved antiviral treatments against orthopoxviruses exist, namely brincidofovir and tecovirimat. The latter tackles the spread of the virus in the body and is preferred due to reduced secondary effects. Randomised controlled clinical trials are ongoing to confirm their efficacy against mpox, although their current use is limited by supply constraints. By far the most effective approach to break the current transmission chains is vaccination with the so-called third-generation smallpox vaccines. These vaccines are safe and provide long-lasting immunity. However, their production faces several bottlenecks that currently limit their widespread distribution.

Evolution of the 2022 mpox outbreak

The number of confirmed cases of monkeypox has dropped from nearly 1,000 per day in the summer to ~400–500 in the autumn. Recent surveys indicate that one in five respondents have been immunised and that 50% have changed their behaviour to reduce the number of sex partners, particularly on dating apps and at sex venues where anonymity made contact tracing virtually impossible.6 This suggests that targeted information campaigns have had the desired effect and that behaviour changes and vaccination campaigns are slowing down virus transmission. However, we must remain vigilant, as population behaviour and pathogen evolution over time remain uncertain.

Viruses with reproduction numbers (R) below 1 cannot sustain transmission. Viruses with a large R like SARS-CoV-2 are very explosive and can cause large outbreaks with relatively short transmission chains. Viruses with a low R like mpox virus are, conversely, not as explosive and require long transmission chains to cause a sizeable outbreak. The longer these transmission chains are, the larger the chances for further adaptation into the new host.7 This can reflect in the ability to gain new transmission routes, target other groups or resist current antiviral treatments. Given the current limited availability of public health resources, viral evolution into any of these scenarios would be disastrous and must be prevented, not only in the western world, but also in the many African countries where the virus is now circulating.

The emergence of mpox virus adds to a growing list of viruses able to jump from animals to humans and reach new, larger geographical areas. Certainly, globalisation, ease of travelling and human interference with otherwise stable ecosystems has removed many of the natural barriers that these pathogens encounter. A poxvirus now takes the stage. It is, therefore, of utmost importance that proper investment is in place for research understanding the biology and epidemiology of these pathogens to inform the best treatments and public health measures to implement in endemic countries and globally. 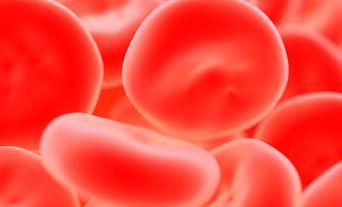 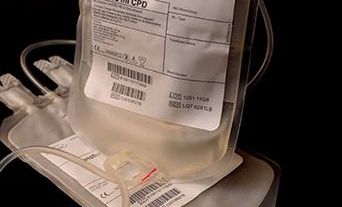 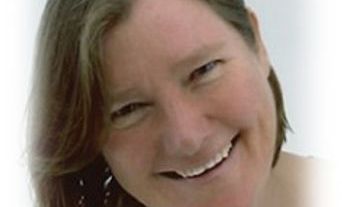 Read articles celebrating the people and specialties of pathology. 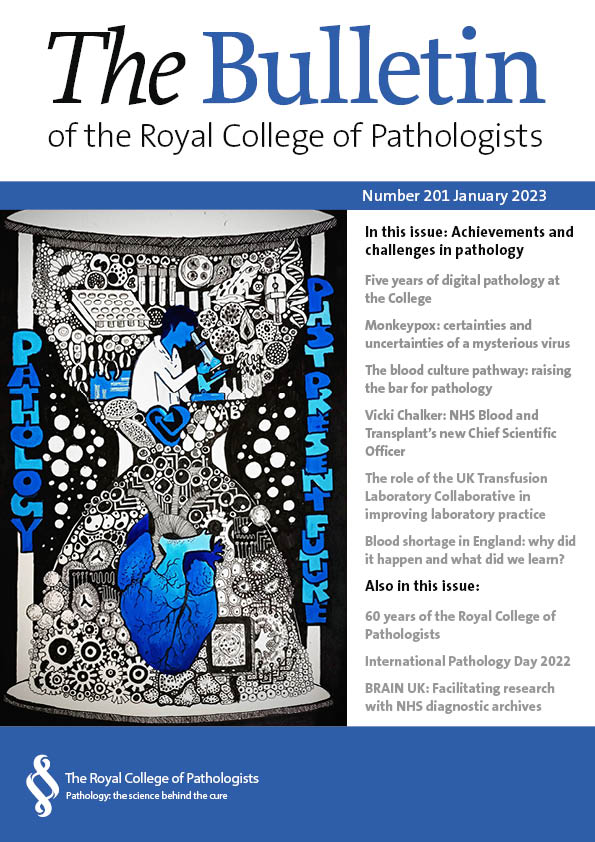