This lecture has been endowed by Professor Freddie Flynn to fund an annual lecture on a topic relevant to the practice of Chemical Pathology, with the lecturer chosen normally in alternate years from among those working in the United Kingdom or overseas. The first lecture was given in 2000 by Professor Sir David Weatherall. 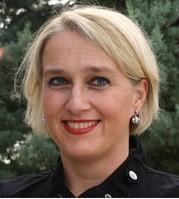 Professor Ana-Maria Simundic gave the Flynn Lecture at the UKMedLab 2021 meeting hosted by the Association for Clinical Biochemistry and Laboratory Medicine (ACB UK) – on 17 June 2021.

Professor Ana-Maria SIMUNDIC,PhD, EuSpLM, received her graduate and postgraduate education at the Faculty of Pharmacy and Medical Biochemistry at the Zagreb University where she currently holds a professor position at the department of Medical Biochemistry. Currently, Prof. Simundic is employed at the Clinical Hospital Sveti Duh in Zagreb, where she holds a position of the Head of the Department of Medical Laboratory Diagnostics.

During her professional career, Prof. Simundic has served the European Federation of Clinical Chemistry and Laboratory Medicine (EFLM), in various roles over the years; as the Executive Board Secretary (2011-2017), President-Elect (2018-2019) and President of the EFLM (2020-today). She has been chairing the Working group for Preanalytical Phase (WG-PRE) since 2012-2018. Currently she acts as the Expert-Consultant in this group.